Rainbow History Project’s mission is to collect, preserve and promote the history and culture of the LGBTQ community in metropolitan Washington, D.C.

We are an all-volunteer, nonprofit organization and membership is free. We invite you to get involved.

Sign up for our email list for news and information about collections, events, volunteer opportunities and other announcements.

Our commitment to diversity

Rainbow History’s mission can only be accomplished if our collections, volunteers and programming fully reflect and represent Washington, D.C.’s diverse LGBTQ communities and allies. We are committed to seeking out the active participation and involvement of individuals of all backgrounds—particularly those from under-represented groups—who are committed to RHP’s goals.

We honor and include all who identify as LGBTQIA2S(plus). To make this website more screen-reader and visual-processing friendly, we have chosen to use the initialism LGBTQ throughout the website. We welcome you to contact us about our language use.

Rainbow History’s physical collection of documents, manuscripts and photographs has its home at the DC History Center. Our online archives contain more than 1,400 searchable items. We continually collect materials, information and stories that reflect the diversity of the D.C.-area LGBTQ community. We have several ongoing programs, including:

In 2000, frustrated by failed attempts to identify archives and sources of information about LGBTQ history in metropolitan Washington, D.C., Mark Meinke placed a notice in the Washington Blade for a community discussion about the problem. In November 2000, Charles Rose, Bruce Pennington, Jose Gutierrez, James Crutchfield and Meinke met at the former CyberStop Café at 1534 17th Street N.W. The outcome was to create the Rainbow History Project to preserve our community’s memories. Meinke served as RHP’s chair for several years.

Watch a Facebook stream of a 20th anniversary public program about Rainbow History’s 2000 founding and early history, featuring some of the first volunteers.

Find us on Facebook
Ask us questions on our Public Forum

Our Board of Directors

Rainbow History Project is led by a board of directors who serve two-year terms and meet monthly. Directors may be added to the board at any time throughout the year at the board’s discretion and by majority vote. Officers are elected for a term of one year at the first board meeting after an annual membership meeting.

The Metro Washington-area chapter of Parents and Friends of Lesbians and Gays was founded in 1983. Paulette Goodman served a full-time volunteer for 10 years, and as chapter president, regional director, and then national PFLAG president from 1988 to 1992. She was a key figure in a campaign to get P-FLAG ads displayed on D.C. Metro buses. Photo: Bob Dardano, Rainbow History Project collection. 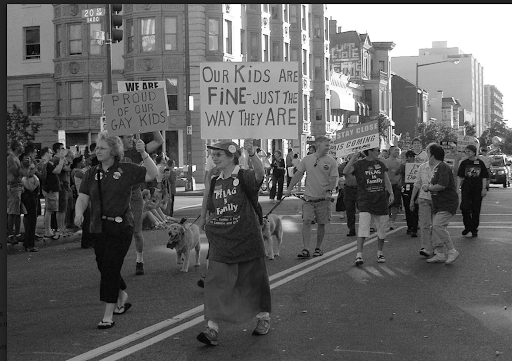 Donate an item to our collection

Rainbow History Project continually collects materials to ensure that the history of the D.C. area’s LGBTQ community is documented and can be shared with future generations. Your materials are important and RHP is interested! 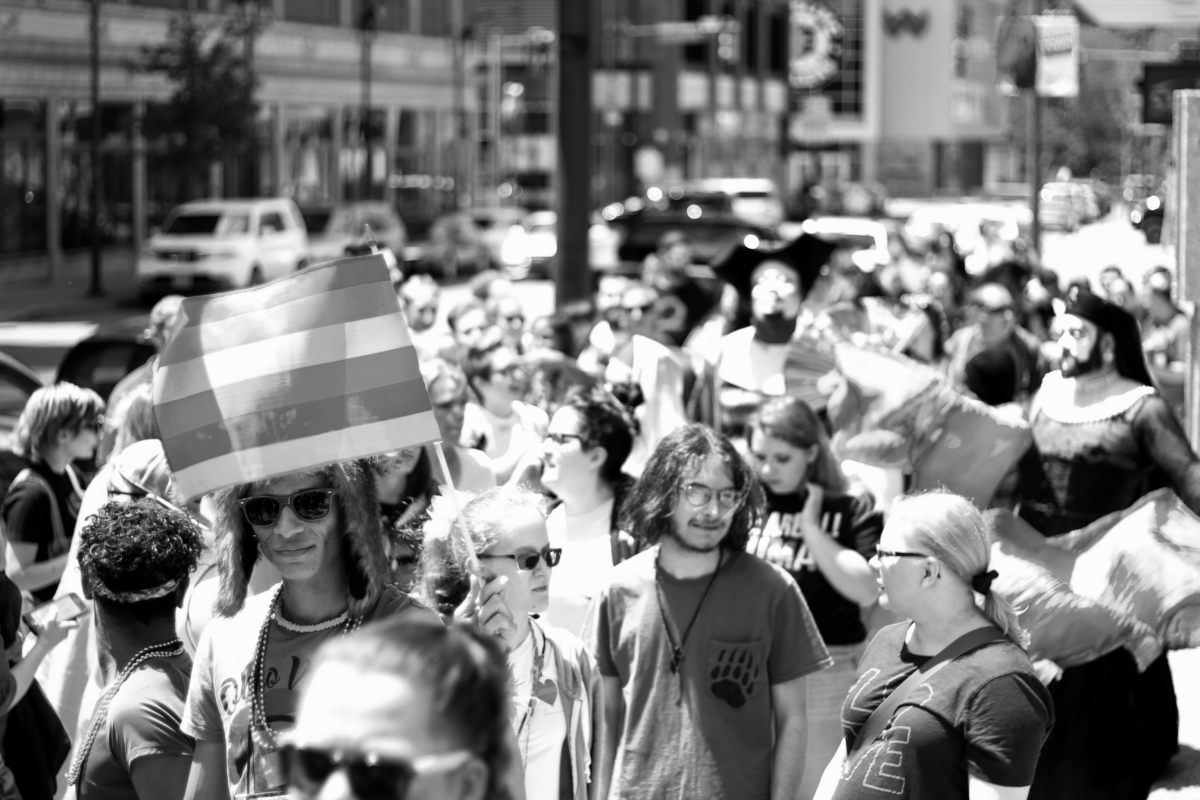