The AIDS Quilt was conceived by San Francisco activist Cleve Jones in 1985. He encouraged people to write the names of those lost to AIDS on signs they then taped to the San Francisco Federal Building in protest. The wall of names began to look like individual pieces coming together to make a quilt. This resemblance gave the act a lasting physical form, universal understanding and emotional recognition. This act of protest grew into a national movement to commemorate those lost to AIDS.

The AIDS Quilt was conceived as both a memorial and celebration of life. The NAMES Project, which cares for the Quilt, had branches across the country and first displayed the Quilt on the National Mall during the October 1987 National March on Washington for Lesbian and Gay Rights. Washington D.C.’s National Capital Branch of the Names Project was active in recruiting and training volunteers, teaching people how to sew quilt panels honoring their loved ones, fundraising and publicity. They sucessessly worked to have President Bill Clinton and First Lady Hillary Rodham Clinton experience the Quilt when it was displayed on the National Mall in 1996. 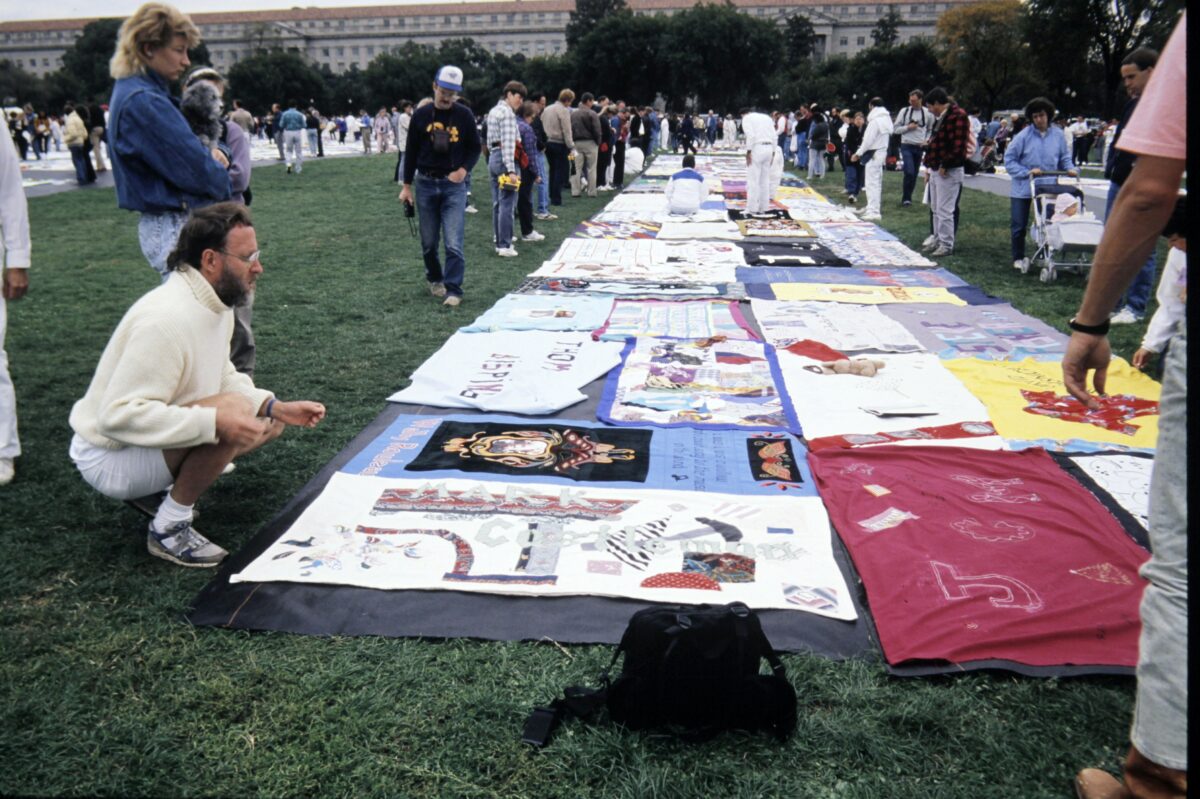