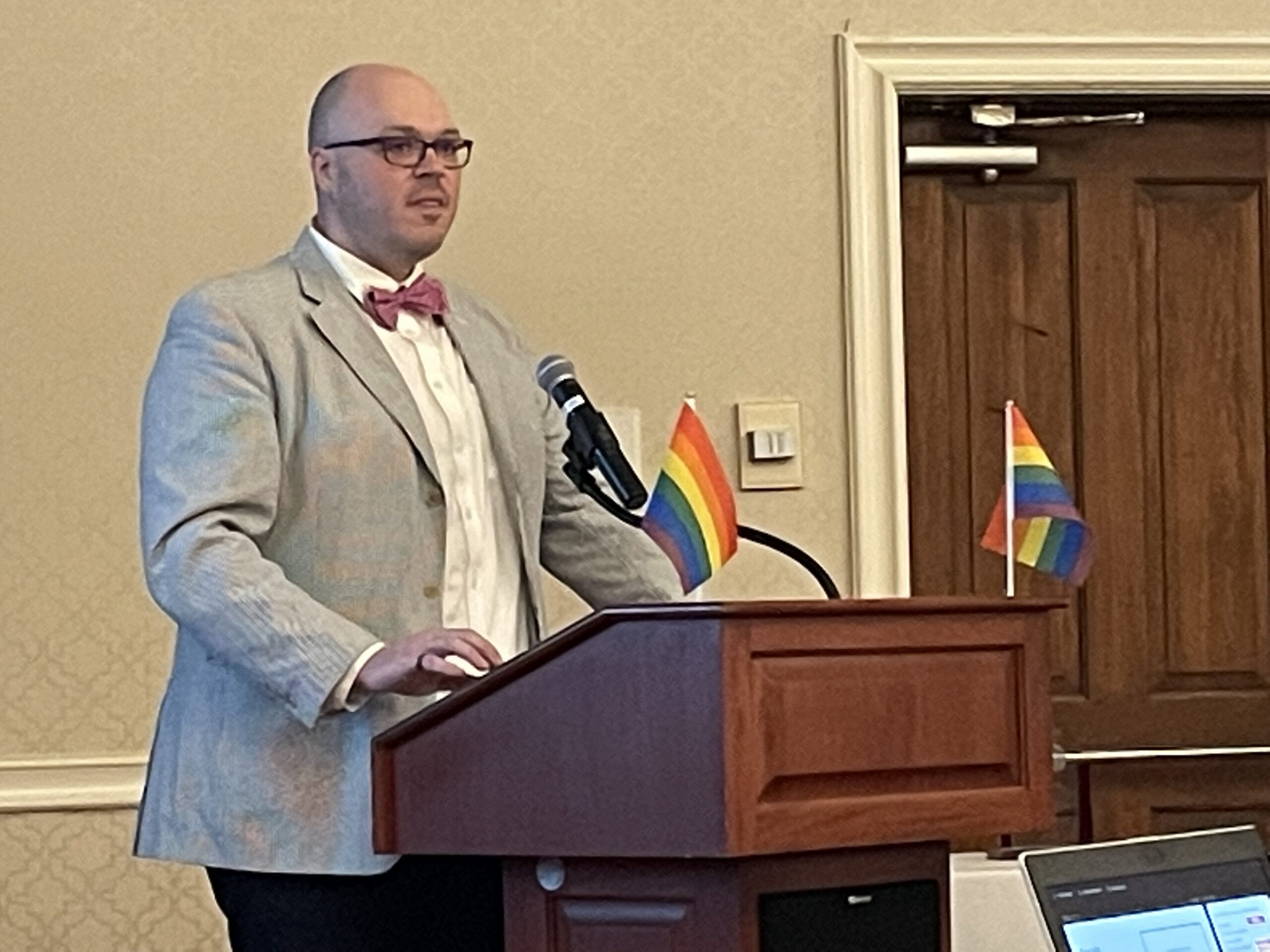 RHP was happy to respond. Vincent E. Slatt, RHP’s director of archiving, was the keynote speaker for the month’s observance, presenting “Gays, Government and Surveillance: LGBTQ Washington, 1950s to Today.” Several dozen members of the armed services attended the June 23 event, where remarks were made by Command Sergeant Major Andre L. Welch.

“The invitation from Fort Meade signifies a milestone for LGBTQ inclusion in the U.S. Armed Services, and the relationship between RHP and the military,” Slatt says. “In 2022, parts of American society are working against trans rights and trans youth and families specifically and LGBTQ rights in general,” he continues. “’Don’t Say Gay’” legislation is growing, and attacks on Rainbow and drag queen story time are growing in frequency.”

Slatt happily notes that official materials provided at the Fort Meade Pride Month observance stated: “The Department of Defense actively celebrates LGBTQ+ Service members who have courageously served and sacrificed in the U.S. military. Throughout American history, LGBTQ+ Service members have fought to defend our rights and freedoms from the founding of our nation” to today.

Slatt ended his presentation by showing images of his grandfathers, both veterans. “I wanted to be just like them,” he said. But the 1993 passing of Don’t Ask, Don’t Tell meant, “I knew I could never serve,” he told the audience. “This history is personal.”

The presentation was streamed live over the Ft. Meade Facebook page. The event recording, Slatt’s presentation slide deck and event fliers can be accessed from the RHP archives catalog.